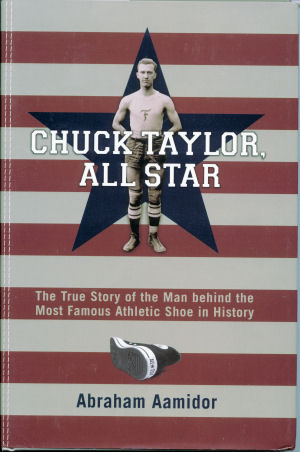 More details about the life and the influence of Chuck Taylor on the game of basketball can be found in the book "Chuck Taylor, All Star" (ISBN 0-253-34698-3), available from the Indiana University Press or your favorite bookseller.

Here are some of the shoes with Chuck's name on them:

Chuck Taylor rumors I've heard, and what I found out about them: